HKUAAO organized its Fall hike on September 25, 2016 along the Celebration Forest and Mast Trails in the Rouge Park. The weather has cooled down significantly from the record breaking summer heat. The sun was out with few clouds. It was a perfect day for hiking. Although the leaves have not yet begun to change colours, the green canopy and the dry trail made for a relatively easy walk. Thirty-three alumni, including their family members and friends turned out for this event. After finishing the hiking in the late afternoon, 23 members stayed for dinner at the Spring Villa Restaurant in Markham. 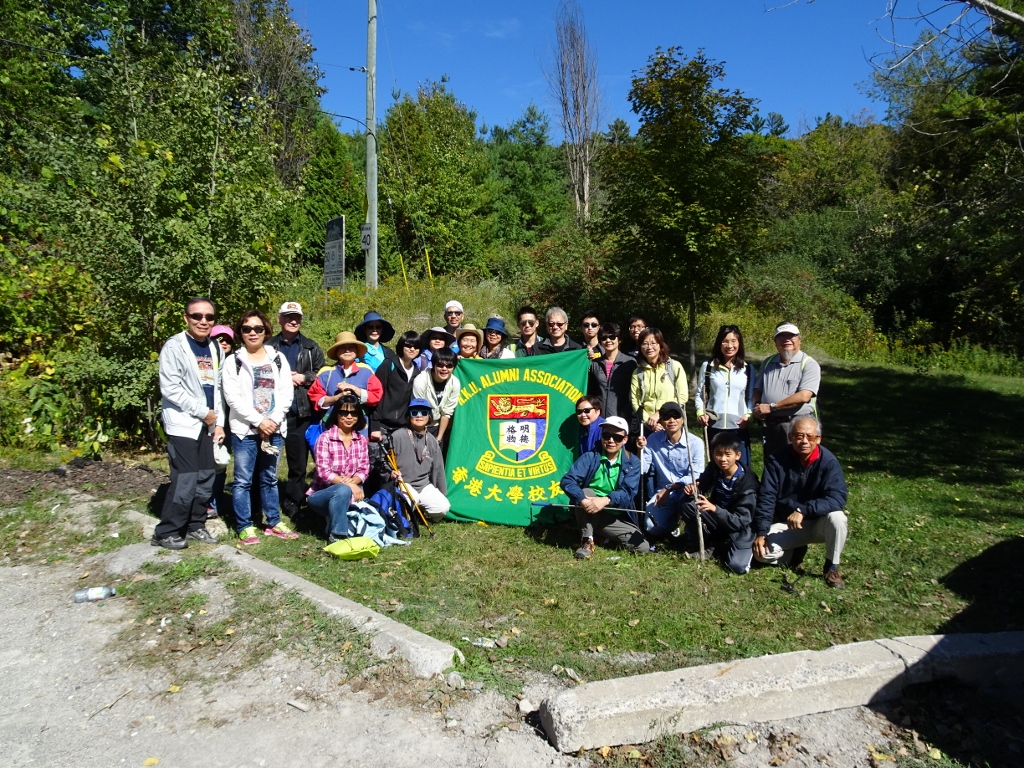 We are pleased to report that the 2016 Hong Kong Joint Universities Badminton Fun Day and Gala Dinner was held successfully on September 18. Around 300 members of seven Alumni Association enjoyed the event with lots of exercise and fun. This year, the seven Alumni Associations were divided into 2 groups for competition. Group A (Red Group) consisted of CU, HKU and LNU, while Group B (White Group) consisted of PU, BU, CHU and SYU. After 105 badminton matches in the first round, second round and final round, and three fun games including Hula Hoop, Ping Pong Relay and Shuttle Cock, the White Group won the overall champion and the Hong Kong Cup in a very close competition.
A gala dinner was held immediately after the competition. The atmosphere of the dinner was fabulous. The singing and dancing performance from seven Alumni Associations, and the lucky draw with the Grand Prize of a iPad Air 2 donated by our President Dennis Au Yeung, were highlights of the evening.
We would like to share with you some interesting information/statistics:
1. The competition was so close, it went down to the wire and was decided by the 105th match (the last badminton match, Men’s Double 2, Team A5 Amos Tin (CU), K. Ho (CU) vs. Team B4 Peter Kwok (BU), Ernest Lee (PU) with the scores of 22:20 won by team B4.

The hosting Alumni Association in coming year will be Baptist U. We are looking forward to your continue participation and support in the HKJU events. 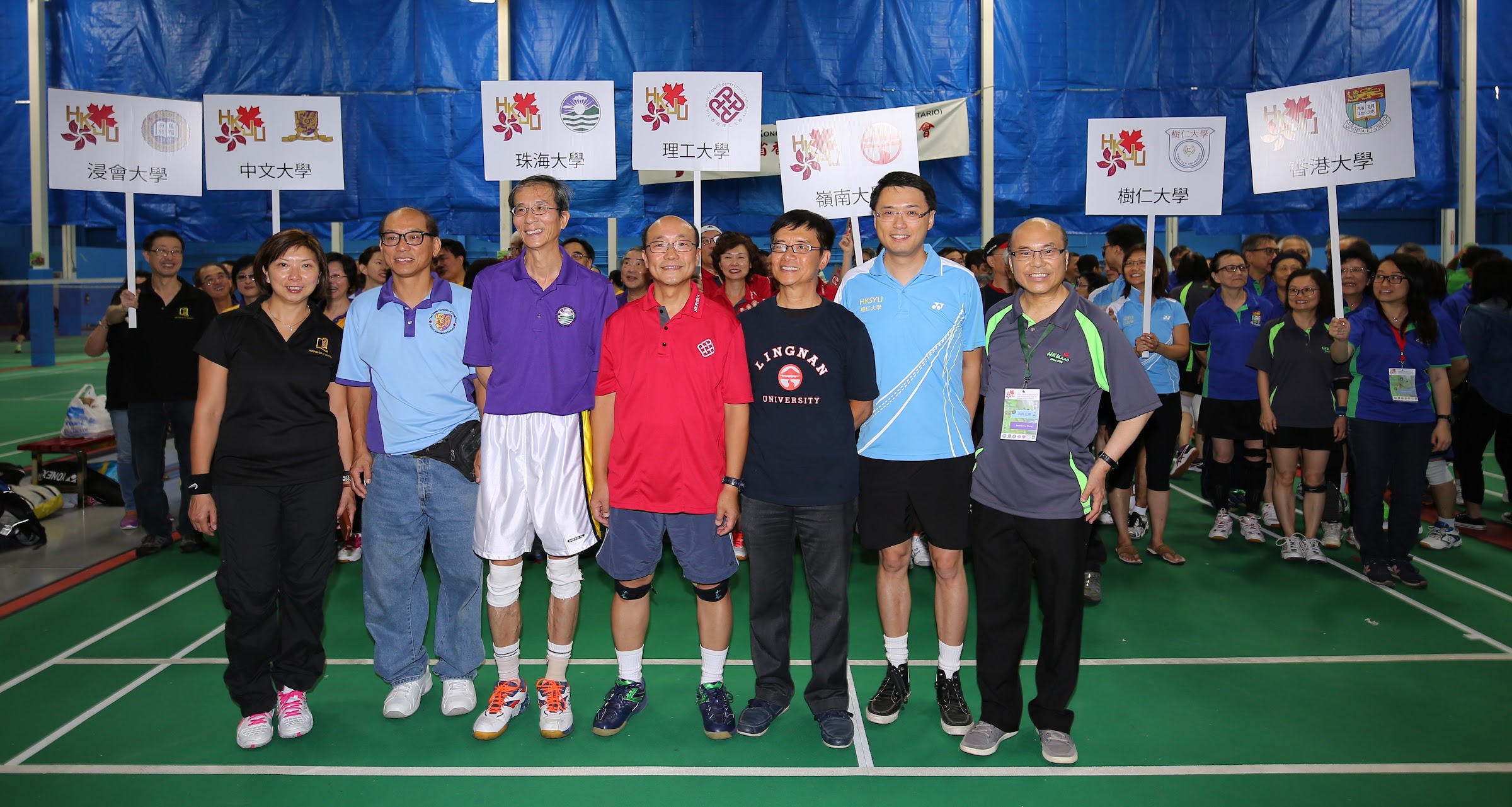 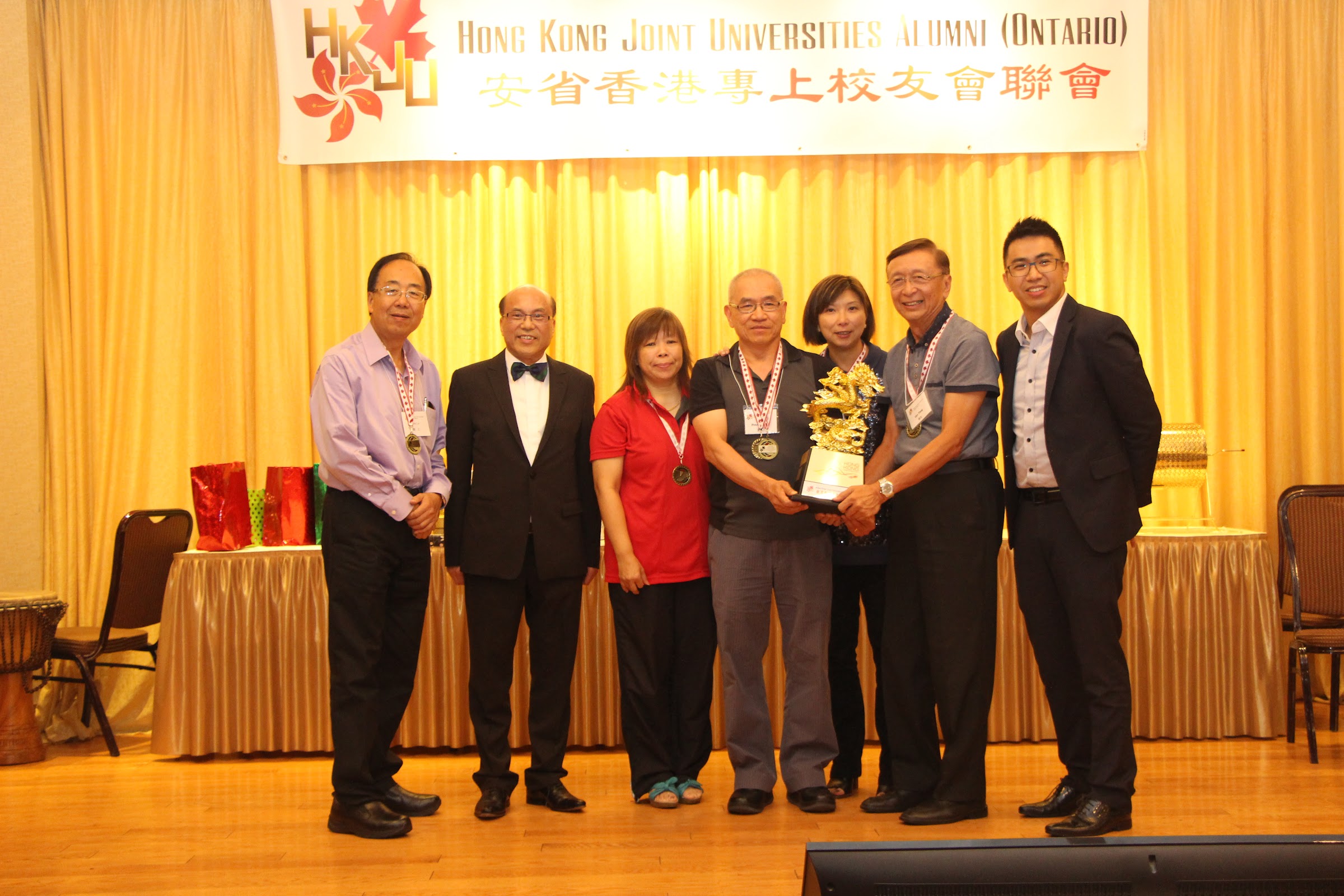 To welcome spring, HKUAAO organized a hiking for its alumni, their families and friends on June 5, 2016 along the Rouge Valley in Pickering.  In spite of the forecast of rain, 15 members turned up for the event.  To our surprise, weather was cooperative apart from a few drizzles.  The trail was interesting and very scenic.  After the hiking, the group gathered for a dinner at the LHL Seafood Restaurant in Scarborough.

In 2015/16, HKUAAO continues to be the scholarship sponsor of Ontario Inter-Collegiate Chinese Debate Alliance (OCDA), aiming to promote the use of Chinese (Cantonese) language in debates among Ontario university students.

This was OCDA’s 25th annual dinner and awarding ceremony. There were 14 teams from five Universities in Ontario participating and the competition was held from November 2015 to March 2016. Several HKU alumni and other notables in the local Chinese community were in the judge panels to adjudicate and gave valuable comments to the debating teams.

The team, which best delivers its strategy and its members who can demonstrate superb debating skills, is the champion; this year’s winner, the BLUE team from University of Toronto, is no exception. Although not all of the participants can be part of the champion team nor can they all become the best debater of the year, the learning spirit and resolve participants exhibit all these years, however, are certainly admirable. 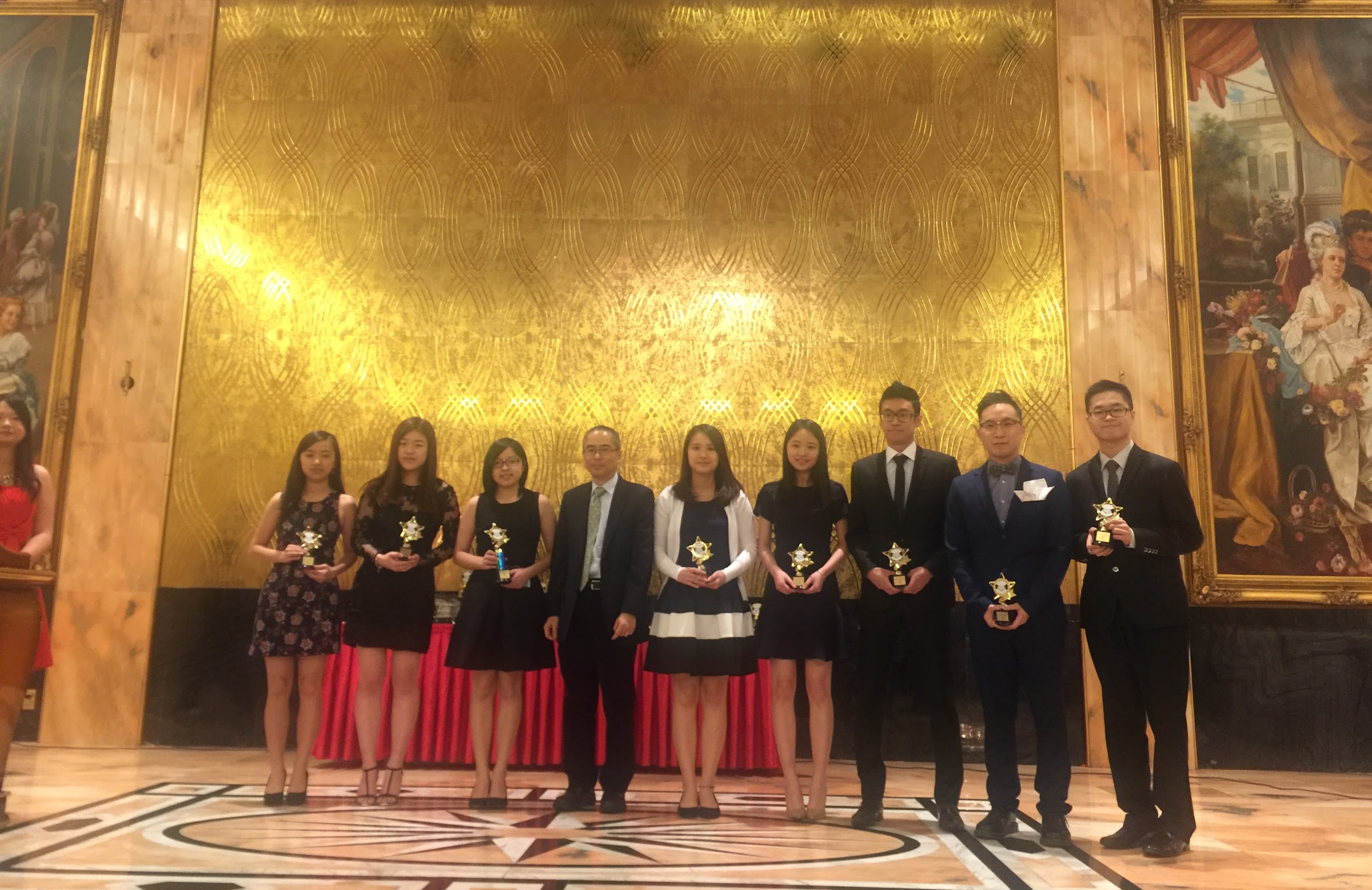 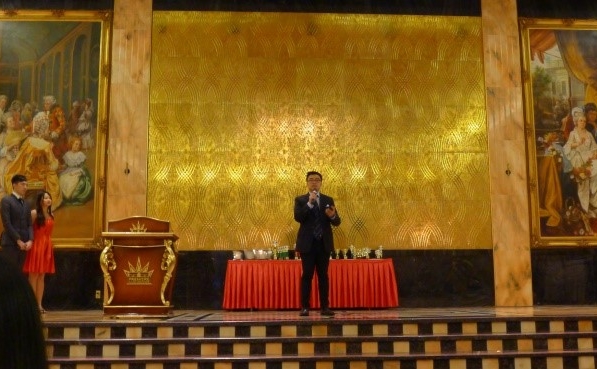 Results of the Photo Contest 2015

By the deadline of December 31, 2015, we received 87 photos from 13 participants under the categories of People & Sports, Nature and Birds. The selection process was divided into two stages. The first stage was by an adjudication panel to select the best 5 photos under each category. The panel was chaired by Stephen Siu, President of the Chinese Canadian Photographic Society of Toronto, with members Irene Chu and Dennis Au-Yeung, our past President and present President. In the second stage, the pre-selected photos were displayed at the 2016 AGM and Dinner of HKUAAO on March 20, 2016. Participants of the AGM Dinner voted to determine the winners. Results of the contest were as follows:

The HKUAAO Annual General Meeting was held on Sunday, March 20, 2016 at the Diamond Banquet Hall and Restaurant in Markham.  All existing board members, except Alice Chow and Loretta Hoi, stood for election and were all re-elected.  King-Chor Choi and Eddie Ho were also elected to the Board.  The AGM was immediately followed by the annual dinner.  Over 120 alumni, guests and friends attended the dinner, with Peter Chung who graduated in 1948 as the eldest alumnus and Erfei Song who graduated in 2014 as the youngest.  Honorable guests include Nick Choi, Deputy Director of HKETO, Stephen Siu, President of the Chinese Canadian Photographic Society of Toronto and the presidents of six other university alumni associations in Ontario.

At the dinner, President Dennis Au-Yeung announced that Professor Lap-Chee Tsui, former Vice-Chancellor of HKU has been appointed as the Honorary Chairman of HKUAAO.  He also announced that HKUAAO would be the chair of HK Joint Universities Annual Event in 2016 and the event would be held on September 18, 2016.

Results of the 30th Anniversary Photo Contest have also been announced at the dinner.  The contest has 3 categories: People & Sports, Nature, and Birds. The adjudication panel chaired by Stephen Siu, along with members Irene Chu and Dennis Au-Yeung, has pre-selected 5 photos from each category. Attendees of the AGM dinner voted and determined the winners at the dinner.  The results were as follow: 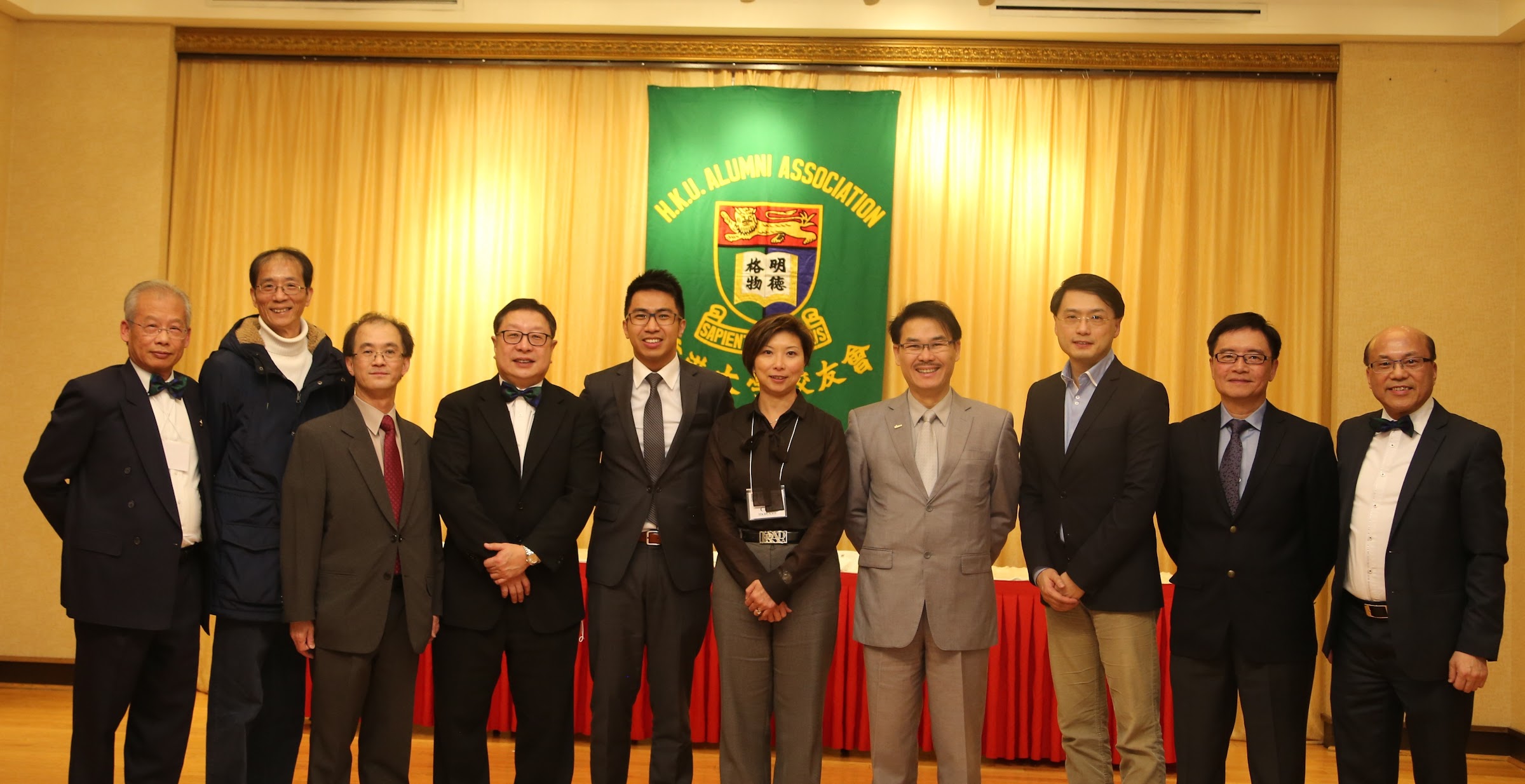 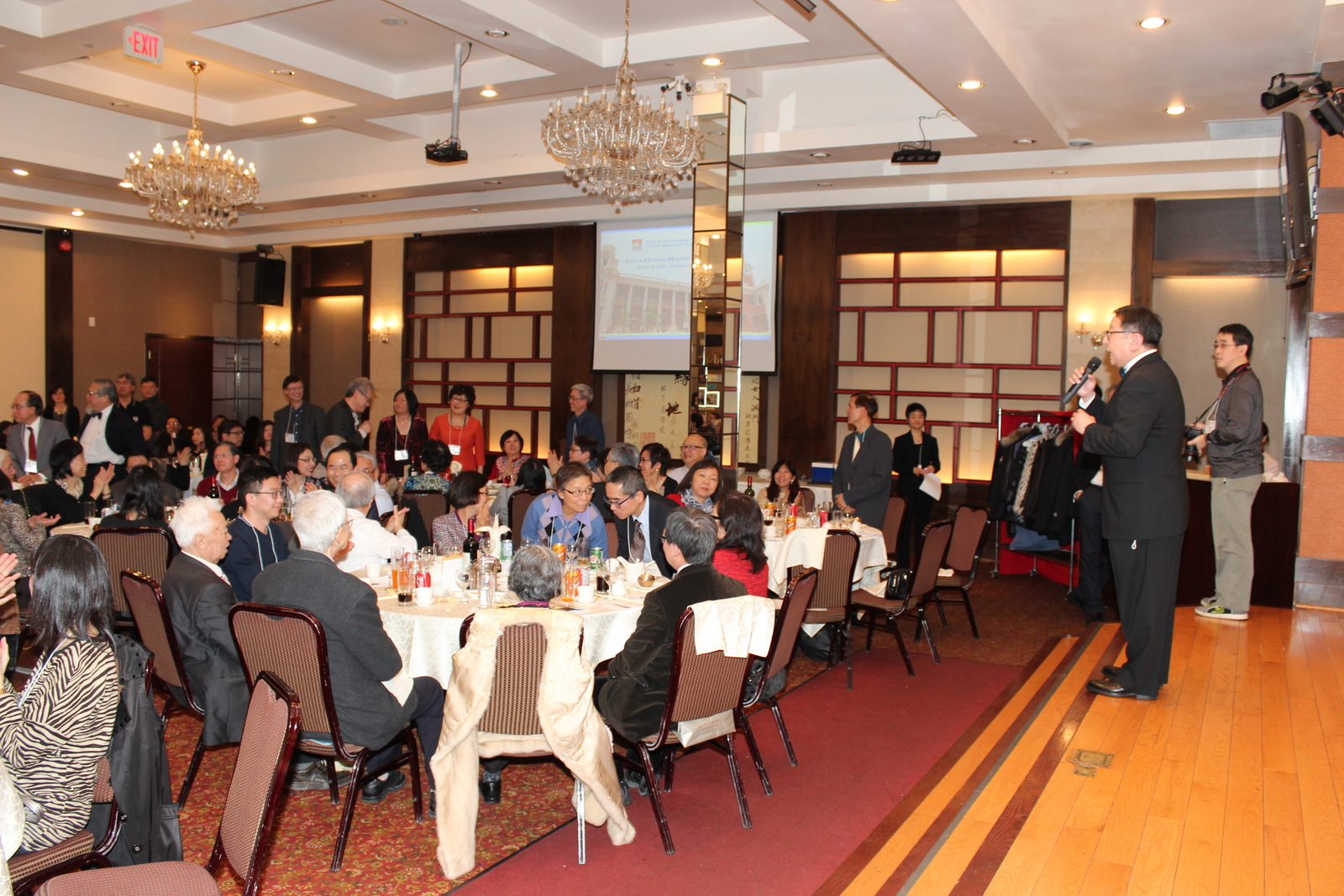