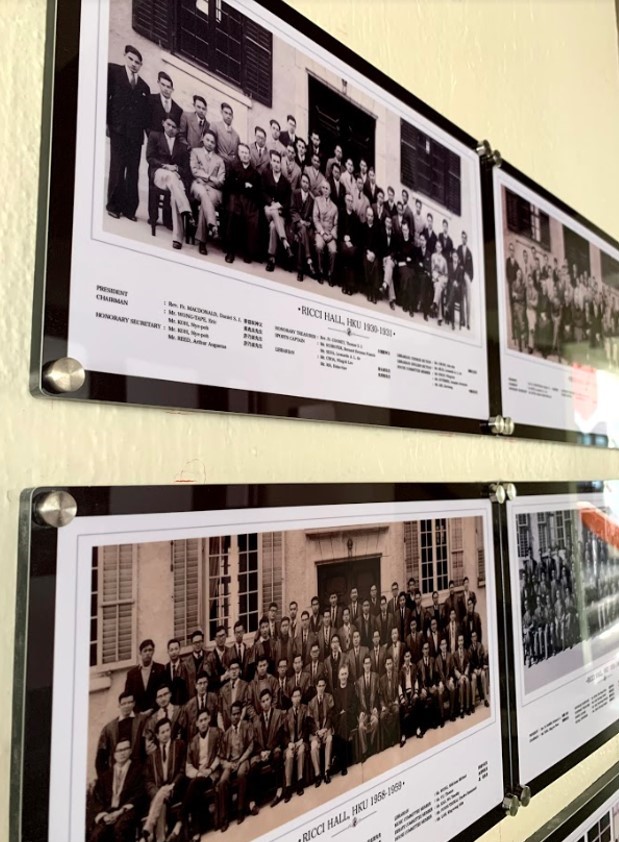 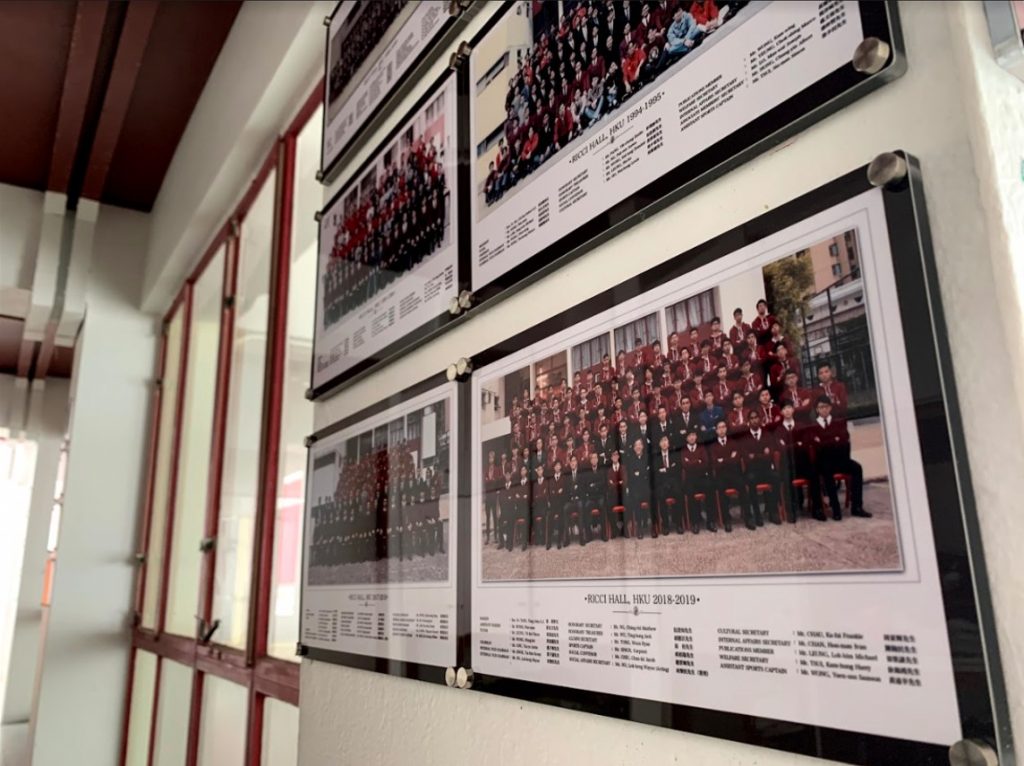 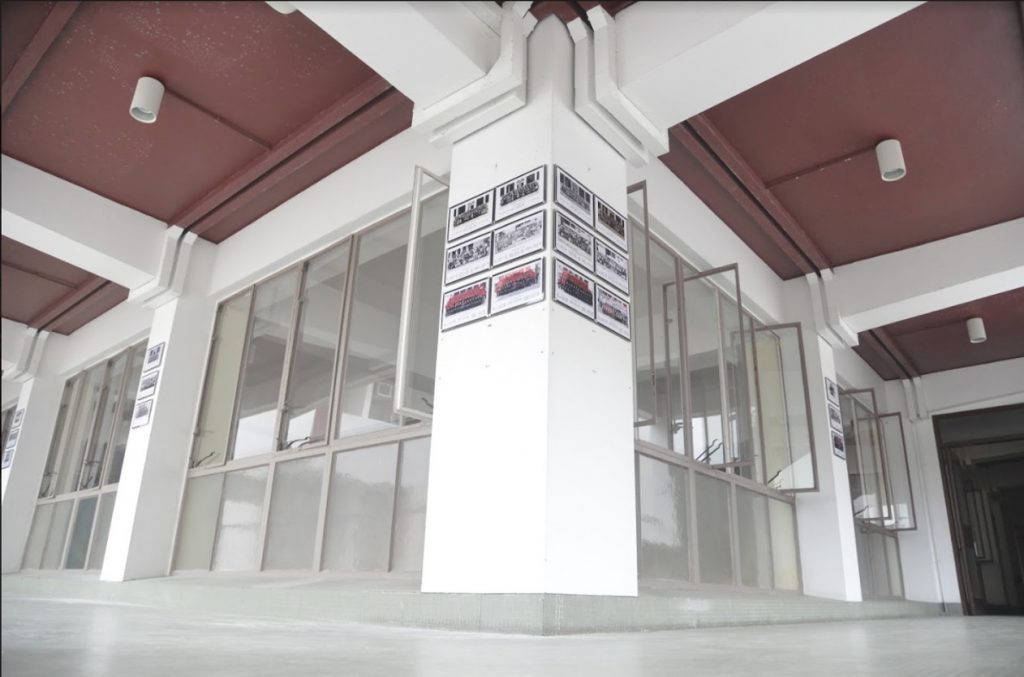 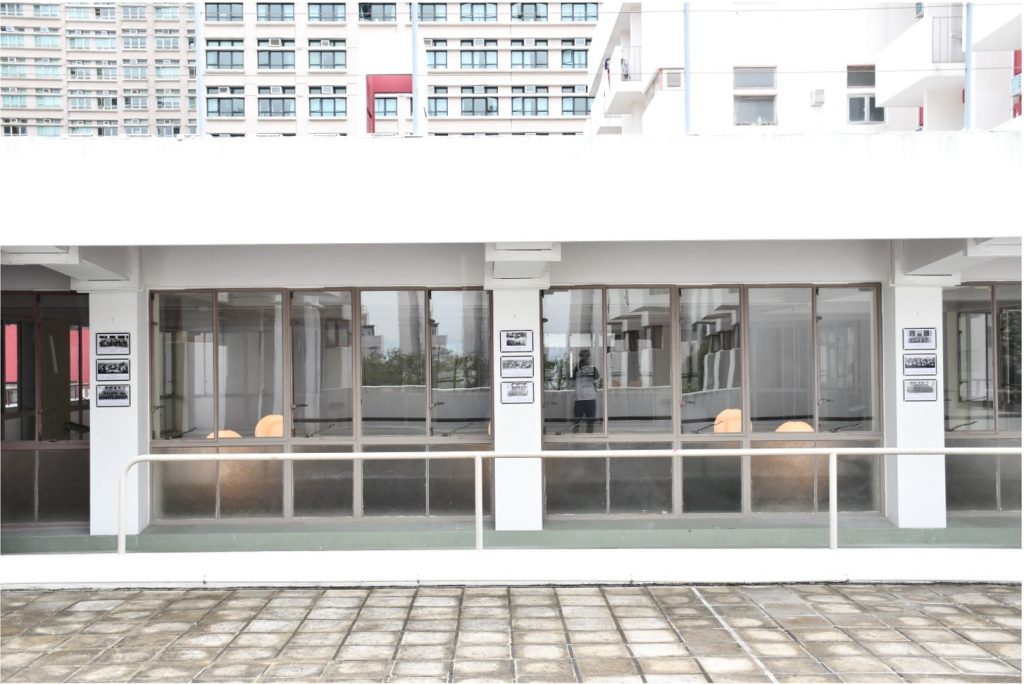 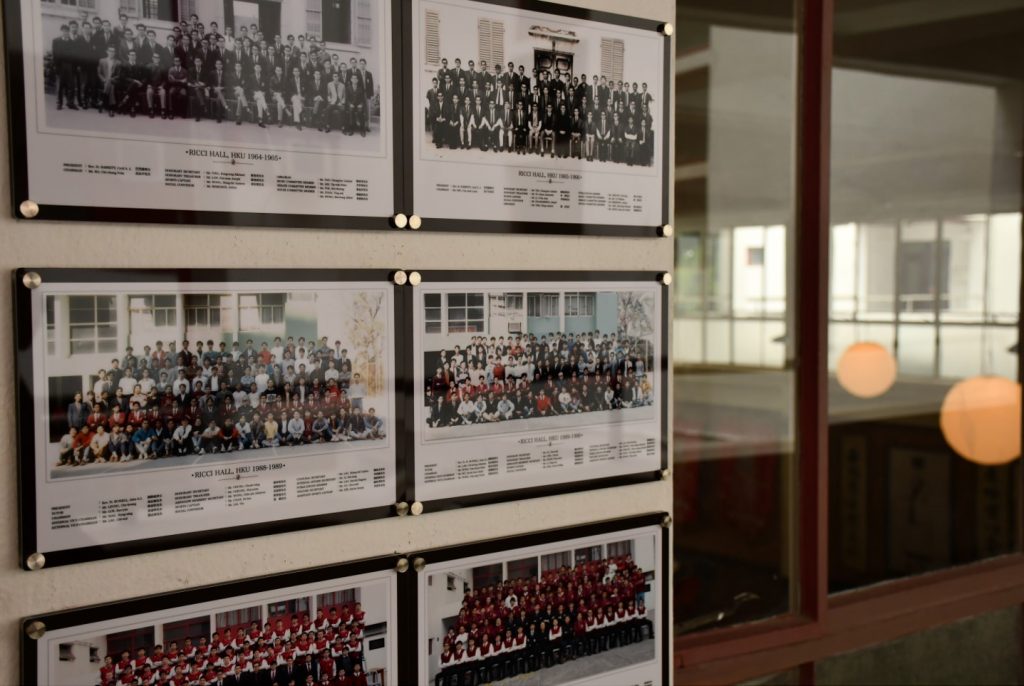 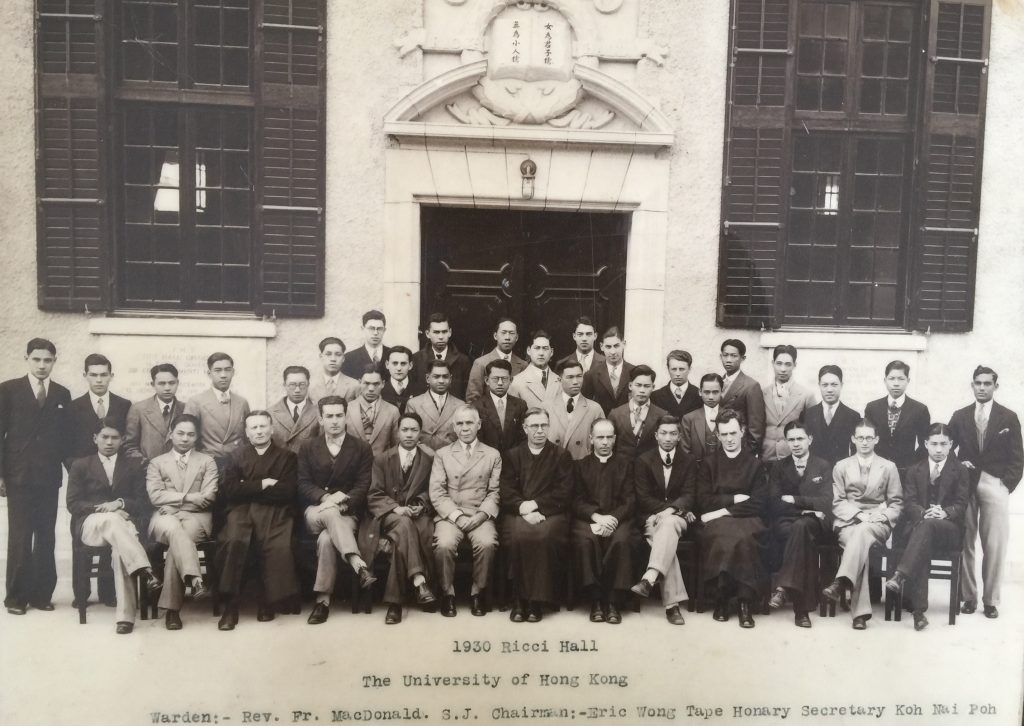 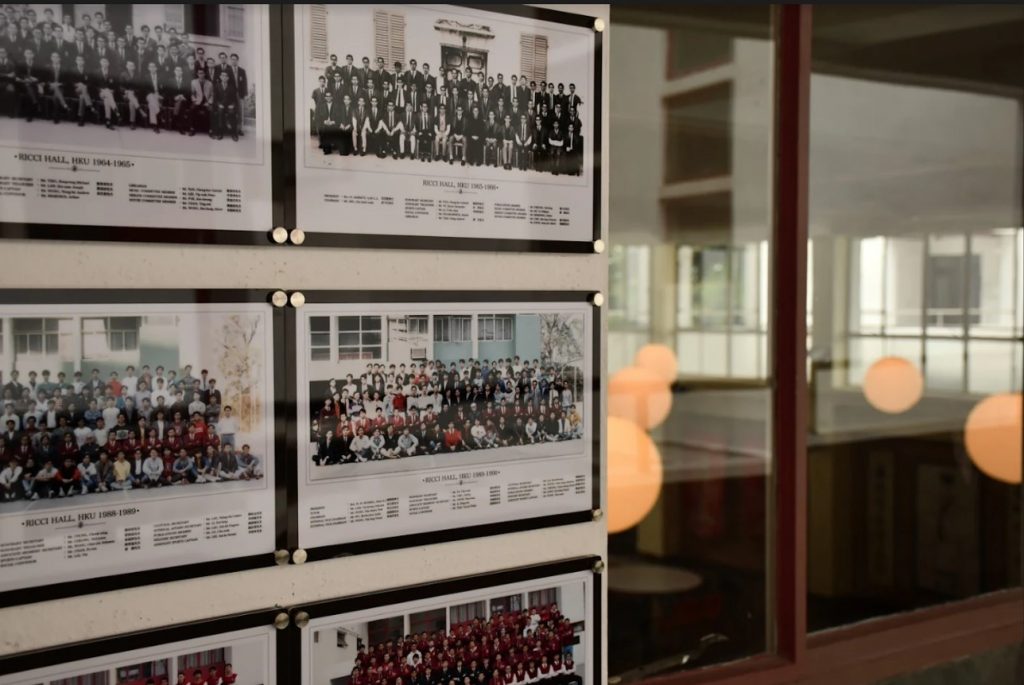 To celebrate the 90th Anniversary of Ricci Hall, HKU’s establishment, Ricci Hall Archives Conservation and Acquisition Project (RHACAP), HKU is proud and honoured to take up the initiative in remaking our hall photos, together with the corresponding lists of Executive Committee Members, Ricci Hall Students’ Association (RHSA), and HKUSU. Each photo was etched onto metal plates, adhered on an acrylic brick, and finally coated with a special sun protective layer. The photos are then mounted in the Square Corridor, which connects the Old and New Block, located above the Jockey Club Dining Hall.

This project was started off by the Ricci Hall Old Boys’ Association, HKU. In this project, we are thankful to have received generous donations from Dr Ying-sek Chan, Mr Bosco C. K. Fung, Prof. Richard M. W. Ho, Mr Winkie W. K. Lau, Dr Stephen W. Y. Louie, Prof. William Y. Sit, Mr Daniel M. Souza, Mr Aloysious H. Y. Tse, Prof. Andrew W. F. Wong, Dr Victor C. P. Woo, Mr Peter K. H. Yam, and Mr Gabriel C.M. Yu. A total of twenty plus hallmates, under the supervision of the famed Architect Michael W. Y. Tsang and Designer Alan T. F. So, worked in collaboration for this project. Due to the lack of existing photo-copies and insufficient information of past committee lists, our archival assistants had to trace back to older documents such as documentations of Ricci Hall dating to the pre-war era, Graduates List of the University, University Students’ Union publications, as well as the aid of oral history, in order to ascertain the accuracy of both the photos and the committee lists.

After a year of hard work, the photos were eventually installed in the Square corridor in early December 2019, placed beside the Commemoration Plaque installed earlier this year which honours our alumni who sacrificed their lives during the Battle of Hong Kong. Located at the heart of Ricci Hall, the remade photos record the finest of Ricci Hall and present themselves as a vector or frame of Ricci Hall’s education. These photos serve as a reminder for our hallmates to ambitiously strive for excellence and make their actions part of the greater good of Ricci Hall, the University, and Society.